REVIEW: Wisecrack – Pining for the Road

REVIEW: Wisecrack – Pining for the Road 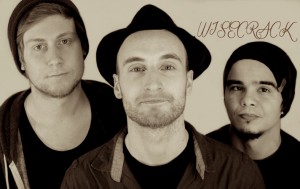 Life is all about going down the pub with your mates and putting the world to rights over a pint. Well, it is if you’re anything like Wisecrack anyway.

Picture the scene – you’ve just finished a long day at work, slaving away for minimum wage that will instantly be swallowed by rent and bills you have to pay.  Depressing.  The way out?  Call your mates, get the beers in and stick this album on loudly.  All will be forgotten before the first song has even finished.

The first track, ‘7 Day Hangover’, is about friendship, which all of us have, but not all of us seem to appreciate fully. ‘We’ve come this far. We’ve shared the scars, we’ve partied hard and then we crashed the cars’ is Wisecrack’s way of saying that although we have good and bad times in life, good friends will be there with us through all of them.

Unless I’m much mistaken, the song ‘Hobby Nor Job’ is a re-incarnation from an old band, but is no less effective – a sharp wake up call to bands, musicians and promoters alike that music and not money should be at the heart of what they do.

Wisecrack would not be out of place on The Revival Tour – the folky opening guitar riff on ‘Gimmie Five’, the brilliant banjo work on ‘Angel with Two Right Wings’ and the almost ska like feel on the into to ‘Sunflower Song’  are particular highlights and indications you will be hearing a lot more from this band in the future.

One album covering politics, religion, fascism and betrayal may seem a bit much for some people, but tracks like ‘7 Day Hangover’, ‘Pining for the Road, ‘Sunflower Song and What About This …’ break the album up brilliantly and keep the listener believing that they can be involved in changing the world for the better.

The final track, ‘What about this …’ will put a smile on the faces of musicians across the country when they realise that they are guilty of the exact same behaviour day in day out.

Overall, a great collection of well-crafted songs, opinions and ‘the confessions of a man who wants to see the world from behind a microphone’, and who can blame him?  If the next release is anything as like a good as this one, I’m sure people will be more than willing to listen to it from the other side of that microphone.