Blending post-hardcore sounds into female fronted pop-punk and alternative rock, Crash Doubt’s Josh Locke caught up with bass player Rob Everett from Reading band We Caught the Castle to have a chat about wet t-shirts, mansions on wheels and doing a spot of gardening…

Josh: Just so you know I am recording this phone call so anything you do say will be taken in evidence in a court of law and all that stuff…

How are you, having a good day?

R: Yea I’m alright just doing a bit of gardening! Weather’s good but I do have that sense of impending doom overhead…

Oh wow well we’ll make this quick then! It’s been almost a year since time to grow was released, how has the album been doing and what are you guys working on currently?

R: The album’s been doing really well actually! We’re selling quite a few copies at our shows and people have gotten interested. For us it was our first step in finding out what direction we wanted to take our sound in because on the album there’s quite an eclectic mix going on. But from there and given all the feedback from the fans and what people like at our gigs we know which way we’re going now. So right now we’ve been writing some more tunes to release mid/late this year and just looking to move forward really!

You are currently unsigned, what do you think are the benefits of going it alone and why do you guys prefer it?

R: Going it alone just gives you that freedom of not having any pressures or deadlines, obviously the expense of costing and producing CD’s and everything is quite heavy but as I said you get that freedom to explore your sound and do what you want.

You can see that in your videos, the Time To Grow video really shows off the blockbuster power your style has, talk us through the filming, it looked pretty wet out there!

R: Oh it was painful! But to be honest it was fortunate, we were hoping for rain during the shoot but when we went out there at 1 o’clock in the morning at -3 degrees in t-shirts and pouring rain we though ‘oh this is such a good idea!’, but it was so awesome! Our artwork is a guy’s head buried at a beach at night so we thought lets do that! The best thing about that shoot was they got Holly to do a shot lying down in the sand, and we barely used any of it! We shot a huge thing on it and she was lying there for at least 5 minutes!

Oh gad she must have got you guys back for that! You guys formed at ACM in 2009, how do you think meeting at the academy helped you start out?

R: Yea Joe, Zak, Simon and I have known each other pretty much all our lives and have grown up playing music together. Zak and Simon went to ACM together and met Holly there, she was looking for a band, we were looking for a singer, we liked the same music so we were like ‘yea lets do that thing with guitars n stuff!’. Studying just brings a lot of people together, I know a lot of people were struggling to find bands and people to write and play music with, you go there and you find people and you really hone your skills. The guys who went have just come on tenfold and they’ve really pushed the band forward. I’ve never studied anything musical, I’ve just been motivated by the rest of the band and upped my game.

You can tell as you guys have some really killer rhythm sections in your tracks, how do you go about collecting them all into your songs without them sounding disjointed?

R: A lot of it is down to Zak being such a sick drummer, he just finds a groove that settles well with anything that we throw at him, he’s ridiculously tight! Generally we’ll find a riff or something and chuck it through Zak and sometimes you can find something really interesting when you’re exploring the different hit points of it.

Its refreshing to see a band that all have voices that don’t hide behind the lead singer, how has this changed since you guys started out?

R: To be honest when we first started it was all Holly as she is the lead singer, but then we started throwing some backing vocals about and our confidence in our singing ability just grew and helped add to the tracks. We felt it worked really well for ourselves and it just gives a lot of energy to the kinds of vocal tone that can be pumped at you for 4 minutes, we prefer there to be lots of variety going on. Also Simon and Holly’s voices when they harmonize with each other, its great to find two voices that really blend well. 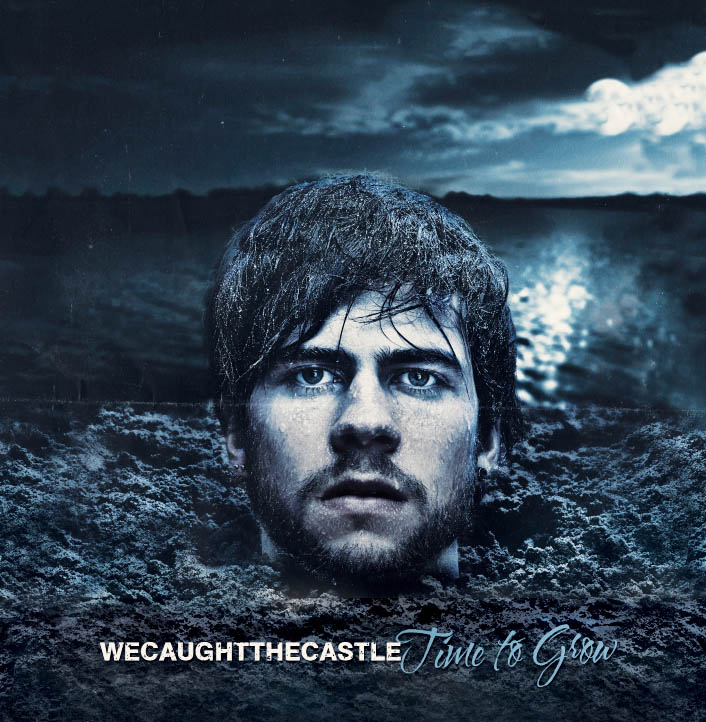 You guys have had some great support slots alongside Attack Attack, Burn the Fleet and Kobra and the Lotus, which has been your personal favourite?

R: My favourite gig I’ve ever played (the rest of the band may disagree with me) was the unsigned stage at Redfest. That wasn’t supporting anyone massive but that was a really great laugh to play at a festival. But when we played at Sub 89 in Reading with We are the Ocean in January last year it was just amazing, sold out…crazy! We got a really good vibe off the crowd and the venue is just sick to play in. We were pretty unknown in our hometown back then but since that gig things have just been picking up. Reading and Bracknell are where the shows get really full for us; Guildford is great too they always give us a great turn out.

I noticed on twitter you guys have got a new van! How’s the touring going for you guys recently?

R: Yea the mansion! It’s helping massively, we have sleeping arrangements, TVs, it just makes getting up to Scotland that little bit less painful! We’ve got two TVs, an XBOX, we’ve properly kitted it out! Simon’s dad is a genius engineer so he does all of the jobs for us for next to nothing, what a LAD! We’ve got a couple dates in Scotland next week so we’re doing a small Scottish tour then we’re gonna do a big one around late July/August when hopefully we’ll have the new single out. The Stop, Drop and Rock tour looks to be really exciting, going to loads of band’s home towns for some messy shows, its gonna be sick!

Wow a whole tour of hometown shows!? Sounds like chaos! What’s your studio schedule looking like at the moment?

R: We’re always in the studio to be honest, Simon and I run the studio at his house where we keep all the gear; we do a lot of our own recordings. Simon recorded the whole of our last album and Jon Mitchell produced and mastered it. We record when we write to hear back how it’s sounding and whether or not to bother with it anymore. Digital recording has been so helpful to us.

That’s true its helped everyone to do it all themselves, how do you think your scene is changing right now?

R: I think its growing at the moment again. Its been through a bit of a lull over the past few years but Lower Than Atlantis getting on a massive label and loads of bands really taking it further like Don Broco and they’re huge success with ‘Priorities’ is just moving things forward again! To be honest I think things are getting better, labels just don’t have the funding at the moment to put into bands so they’re not going to invest in a band that isn’t a safe bet, so you’ve gotta be a made band before you get on a label, which encourages bands to get out there and do it on their own. I think its improving the quality of bands out there, we’re in the final 15 of the red bull studio competition and the quality of the bands is just astounding, 15 really top notch bands. People are really fighting for it now and really working hard. It’s just cool to be a part of it you know?

You guys have been compared to loads of different bands such as Funeral For a Friend, Young Guns and the inevitable near sighted Paramore references, who do you personally think are your main influences and how have they changed since your 2010 ‘Lips’ EP?

R: To be honest the bands you’ve listed have been huge influences on us obviously, but we don’t really focus on any one band in particular. We tend to take influence from everything going on around us in the scene and music from everywhere. If we like an idea we just take it in our own way and make it our own sound. But I’ve really been into Deftones recently, absolutely everything they’ve done and their latest album is sick as well, luckily they’re still going strong! But bands like Street fight silence are really good mates of ours, we’ve not so much been competing with each other but more pushing each other further to just be stronger and forcing each other to man up and get better, it just gives a really friendly, competitive environment.

As it should be, anything else you’d like us to know?

R: Voting for the red bull studio download competition starts tomorrow (17th – 24th) for a week and the top 6 bands go through. We’ve got a new video for ‘Generations’ coming out soon as well we’re just waiting to get it back from editing. Just keep your ears open, there’s much more to come!

Thanks very much, best of luck and enjoy the gardening!

For more on We Caught The Castle: