Johnny Wilson: “I don’t want anyone to take the word ‘Love’ out of our motto.”

Johnny Wilson: “I don’t want anyone to take the word ‘Love’ out of our motto.”

Do you remember the days before Facebook when the only way to hear about your favourite music was music news websites or internet forums? Fuck, do you remember when people actually used to hog library photocopiers, get sticky and print up their own zines? Well, before all that interesting music news was sucked in the vortex of social networking and buried in a stream of cat photos and Xzibit memes; zines were the foundations that held together networks of D.I.Y. bands, shows and distro’s. Some of those zine’s managed to keep up with the internet and are going strong today and some didn’t.

Johnny Wilson, is the editor and co-founder of Colorado based website For the love of Punk and bass player in The Gamits. I first spoke to Johnny when one of his writers, Lewie Peckham, reviewed my bands E.P. I was to quickly learn that Johnny and his Wife, Dawn are some of the most committed and inspiring people you’re ever likely to meet in the world of Punk Rock. I interviewed Johnny about the place of advertising in Punk rock. 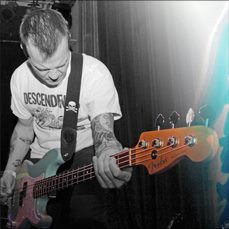 Chris: Can you tell us a little about yourself and how your website began?

Johnny Wilson: Musician / fan / web designer / workaholic Long time musician since the late 80’s and I come from Pacific Northwest area. In the early 90’s we had a very vital scene in Pacific NW / Seattle area and one thing I always took away from that was the sense of community we had. Everyone played together, had DIY shows, house shows and were all vinyl collector nerds with a passion for one thing, the music. It was a very tight knit scene and helped my musical love flourish. When I move to Denver, CO in about 2003, one thing I noticed was no real sense of community or binding factor that glued the musicians and fans together. It was very much different than I was used to and I struggled even getting involved or understanding any of it. After a few years here I finally busted in to the “scene” a little bit and knew there was something I could do to try and shed a little light on the music that was going on here in Colorado because there was a ton going on, it just wasn’t getting glued together, so to speak. I was also not very into what some of the other zines were doing because they seemed to be just rehashing the stuff none of us were into and definitely not covering much for Colorado. Colorada has a musical history and many amazing / talented people that I felt weren’t getting recognition. Also I remember being younger and wishing some of those “other zines” would cover the people around me and the smaller bands that definitely deserved it. I had a goal in mind and still have that goal in mind to be a strong enough force for change. Meaning, the way we do things is different than most. This zine isn’t about us. It isn’t about making money, it isn’t about me personally, it’s about everyone involved and ultimately, just the music and people. No exclusives to toot our own horns, only encouraging sharing because this site is completely about the music / writers / photographers and what’s best for them. Circling back around to that sense of community, that’s what we’re all about. 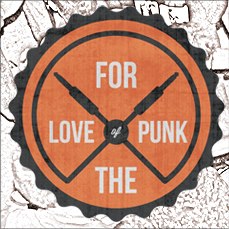 CC: In the beginning did you find it difficult to build contacts with bands and publicists?

JW: Yes, initially it was really tough to track down contacts and figure out how everyone else was getting press passes, streams, everyone submitting and all the things it takes to stay relevant. I would say our first year was a real struggle, but once we got our first show promoters through Soda Jerk Presents in our back yard, somehow, that seemed to be the turning point which taught us how this was all played. Just asking for what you needed wasn’t enough. It was more about having a year worth of stats / visits on the site to use as leverage to offer promotion to get what we wanted. Once we started approaching from a “what can we do for each other” mind set, the field opened up. We then started using this technique on all the promoters in town and even some festivals. We sort of use the barter system for the site which is not a money maker, but it is a good way to help others to help us. None of this by any means is a money maker, but all circles back again to just doing what we love.

CC: What do you find are the heaviest costs in terms of running your website and how do you opt to balance the costs?

JW: The web server and the time are the heaviest costs. As stated before, we make no money unfortunately and in order to stay relevant you have to go to shows not necessarily in your back yard either. So you have travel costs. Also, people like “stuff”. After our brand started getting noticeable, it was time to print shirts, make stickers, pins and such. Merchandise is pretty expensive when you start piling it up and we tend to give this stuff away for the most part. Advertising costs money and we’re an advertising site, hmmmm 😉

CC: In August 2012, Punknews was acquired by the Buzzmedia advertising group, would you ever consider being bought out in a similar way and if so would what would your terms be?

JW: My punk rock background really sort of prohibits me from thinking this way. The history I’ve seen is that large dollars and outside influence ruins something “real”. Be it bands, zines or even a whole “scene” that is special until that influence comes on board. I lived through the great exploitation of the Seattle scene and it was pretty brutal because the media showed what they wanted people to see about our music community. Most wasn’t true and the “real” underground was skipped over all together. I’m almost 40 years old, I don’t see myself changing any time soon. My answer is no at this point. BUT, being almost 40 and knowing I probably can’t run this out of my own pocket for the rest of my life, I guess it would be a lot like how I treat my music. If it was smart to get better opportunities, better funding to not pay everything out of my own pocket and were able to still completely control how things are run still, I don’t honestly know. I don’t think anyone really knows until they see paperwork in front of them and an offer on the table. I don’t hate some of my friends that got good opportunities, that would just be stupidity, but the fine print must be read. Every detail would have to be checked over 10 times. However, if it was really Buzzmedia approaching us, I don’t think that would be something I would consider. I’m just not a fan of their agenda of how they look at counter culture. I just think they’re capitalizing on all of it for profit. I know this all sounds confusing, but the bottom line is it would have to be one hell of an amazing opportunity to even consider any changes. I don’t want anyone to take the word “love” out of our motto.

CC: Which websites/magazines/publications do you look up too in the terms of the way they operate and why?

JW: I really used to look up to AMP Magazine before they folded. Apparently their business model didn’t work very well because of many reasons, but they seemed to embody the same spirit of what we’re trying to do. They seemed to truly care about the music first and that was inspiring to me. Even their statement when they closed was inspiring. They also were all about using their brand to do a label to put out bands they liked, did free comps, all the things that I plan on doing myself. That has always been the idea behind this. I just want to use the brand I’ve built to eventually do all I can to help. Take that small talented band and give them exposure, record them, put them out on vinyl and whatever else we can do to help. It’s something I’m very passionate about. This is why my school adventures have been so strange. I took web development, audio engineering, graphic design. I want to be able to do it all in once place and have the power and ability to help. There is a method to my madness for the most part.

CC: How do you feel the music you listen to relates to your business model and the way in which you operate?

CC: Lastly, In recent years many publications opted to go digital or folded completely, how do you plan to keep your website sustainable in the face of changing technology and consumer habits?

JW: Since we’re not based on profit, I believe we’ll be just fine for a while. My day job pays for the zine itself and the running costs. I have considered getting help with at least selling some advertising to even things out, but even then, I’d be really choosy about who could advertise on the site. Almost like a screening process. The idea behind the site is much more important to me than money at this point. I’m hoping to just get to a place where recording bands and maybe jumping into the label side of things can equal everything out. Maybe even some of our show promotion and events. Every day is a new adventure and I am just glad to be doing it right now. I am a terrible business man or I would be considering profit, but my passion for this is enough to drive me and it must be showing because this year we are growing in our traffic tremendously. Now PR companies, bands and show promoters are writing us to help them. That is not something I could have imagined when starting this on my couch in my pajamas. I believe we’ll put our “brand” in so many buckets that we could stay relevant for a long time. I also believe that if you do something your passionate about, that in itself is a big part of the payoff. I don’t know what tomorrow holds, but today looks pretty bright for us.