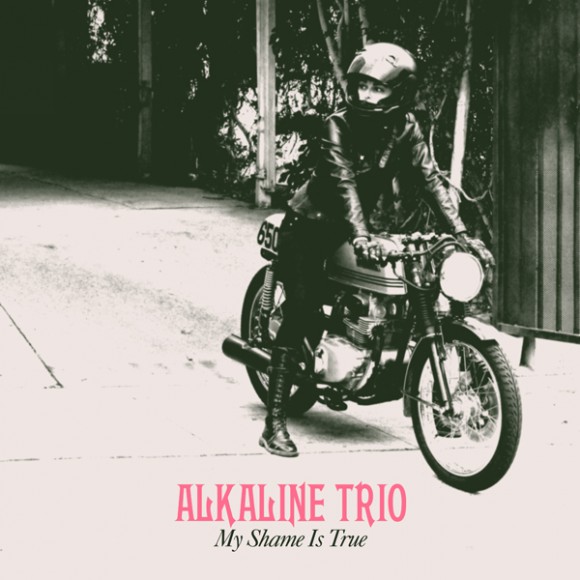 Front man Matt Skiba is one of the best wordsmiths in the game but it’s out with the metaphors and similes and in with the sincere throughout what seems to be a letter of apology to his ex-girlfriend. “I don’t care if we fuck or if we talk or if we cry, I just miss you, I wanna kiss you to death tonight…” says Skiba on Track 4 ‘Kiss You To Death’, and that’s the theme throughout this album. Moody, dark and sincere in the lyrics but with contrasting warm melodies and catchy hooks in the guitars.

‘My Shame is True’ starts off fast with ‘She Lied To The FBI’ and ‘I Wanna Be A Warhol’ and the pace rarely eases but for one or two more melancholy tracks such as ‘Until Death Do Us Part’ and ‘Only Love’ but it doesn’t take long for the mood to pick up again. For me there’s not enough of Dan Andriano‘s songwriting on this record but I suppose that’s because Skiba has written a concept album of sorts. When Andriano does take the reigns however, his songs are mature and thought provoking and the track ‘I, Pessimist’ featuring Rise Against‘s Tim McIlrath is a blazing two minutes of 24-carat punk rock.

The trio are fast approaching forty but here they’ve delivered a collection of songs that suggest they have plenty more in the tank. It shows that they’re as relevant today as they were fifteen years ago and reminds us exactly why they’re one of everybody’s favourite punk rock bands.

For fans of: Rise Against, Hot Water Music, The Lawrence Arms.