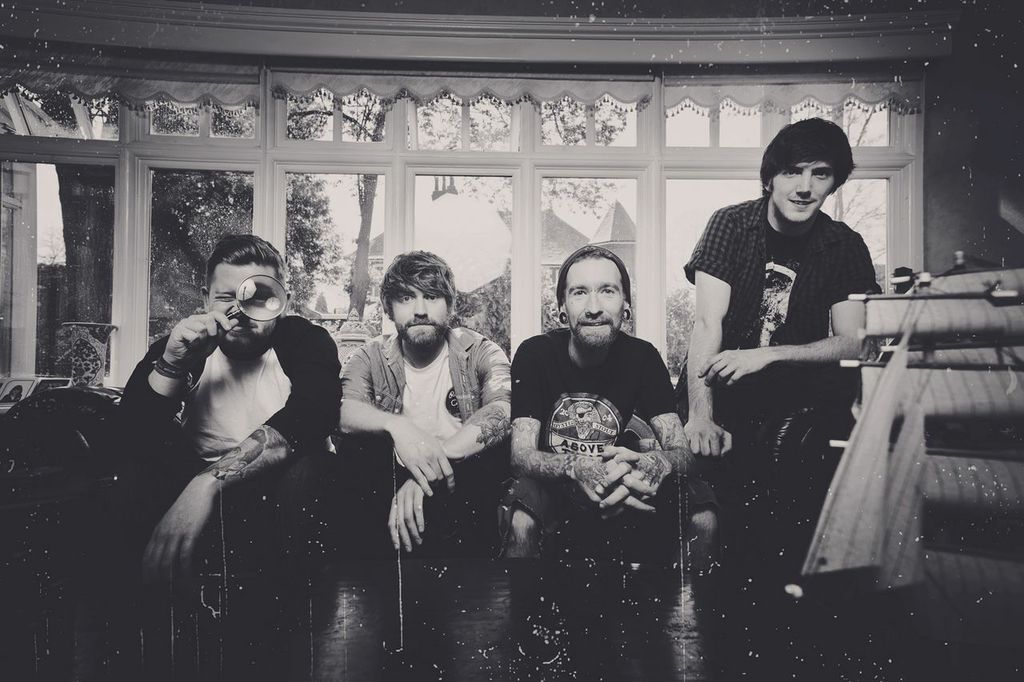 First of all I feel the need to come clean. I’ve never listened to Bad Ideas before this record. I have a vague feeling that Sam Cook used to play his acoustic under the same name, and from the admirably confident way he plays his guitar on parts of this recording I feel fairly vindicated in that belief. The band are from the Midlands and claim to be influenced by The Alkaline Trio and The Lawrence Arms, but they must have been listening through cotton wool as to my ears they have much more in common with Jimmy Eat World. The heavy use of high staccato backing vocals strengthens this comparison, along with the laid back more-rock-than-punk pace of the songs. For the record, I like Jimmy Eat World, even the new stuff.

This album – Bad Idea’s second – was recorded under the very capable thumb of James Bragg at Middle Farm Studios in Devon, and it really does sound fantastic. There’s a nice mix of full band and acoustic songs too which gives some welcome variety throughout. The acoustic songs/parts really do their bit to show that Sam can play, which is refreshing after the good name of folk punk (a genre that this is not, by the way) has been dragged through the dirt so often on this side of the Atlantic alone.

One criticism of the record is that after two full listens with headphones, I don’t particularly know what the songs are about or where the band are coming from. I actually find the main vocal quite difficult to understand buried underneath all of the emotion. Other than that the record is slick and very listenable, the band really rock the rocking bits (the end of ‘Little Things’ is cool as hell), and those backing vocals work hard and bring a lot of texture to the songs. Interestingly the lower backing vocals in ‘Lincoln’ really do give the start of the song a new-Alkaline Trio feel, so I guess I should eat my earlier comments about cotton wool.

In conclusion, this wasn’t what I was expecting at all but it is undeniably very accomplished and really good. For my palette it’s a little clean and produced (with the exception of the drums which sound just perfect) but for fans of Apologies, I Have None and Jim Lockey I can see Bad Ideas doing really well with this album, and if they sound anything like as good as this live then they deserve every drop.

Compromise is available now on Itunes, Spotify and via their Band Camp.