Crash Doubt chat with Funeral For a Friend

Crash Doubt chat with Funeral For a Friend

Lincoln night club & music venue ‘Tokyo’ have started dipping their toes into the local music scene, they began this month with high flyers Kids in Glass Houses and next month (11th July) they are entertaining emo-trendsetters Funeral for a Friend. Our writer Sean Redmond caught up with Vocalist Matt Davies ahead of the show. 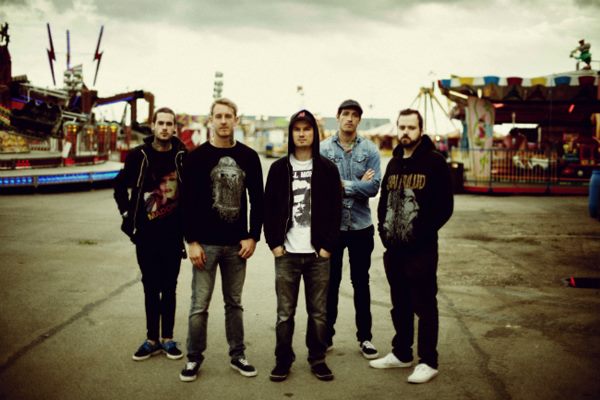 We are, it’s actually hard to believe we’ve never been to Lincoln until now. We are really excited as we’re playing with our mates in Martyr Defiled so it should be an intense evening!

I think they do, I think that sometimes larger venues can really get in the way of making a cool vibe between the audience and the band so I’m much more comfortable being up close and personal.

What will you be bringing to the stage on this tour?

Ourselves and our passion for the most part. We’re also not afraid to speak our minds about the subject matter of our songs so we often have little moments of conversation to bring that to the people who come along for the ride.

What made you decide to return to your hardcore and metal routes on recent albums?

Basically that’s where our hearts are, it’s the scene and sound that we love the most and it has a lot of integrity out of all the aggressive music scenes. It’s not afraid to tell it like it is which is why hardcore and metal are really special to us.

How has the introduction of Pat Lundy to the band changed things?

He’s a more intense musician and his playing style is incredible. He is, by far, the best drummer I’ve played with.

Its ten years since ‘Casually Dressed and Deep In Conversation’, how has the band changed from that pivotal record?

I know it sounds trite but we’re older and I would like to think wiser to a certain degree. We have learnt the importance of keeping an eye on the business side of things as well as the making music part. Things change, 12 years is a long time but we’re still driven to make music that matters to us.

Are there any plans for new material and will this be played on tour?

We’re playing a lot of stuff from the new record (Conduit) but we are writing new stuff, I doubt it will be played on tour yet.

You’re on tour for quite a while, what’s the one item that keeps you sane whilst travelling the country?

Friends, family, a sense of humor and the ability to not take yourself too seriously.