The anticipation of a new full length from Long Islands Iron Chic is palpable. 2010’s ‘Not Like This’ got bearded young men the world over all hot under the emotional-collar with its heart on sleeve attitude to melody and sincerity. 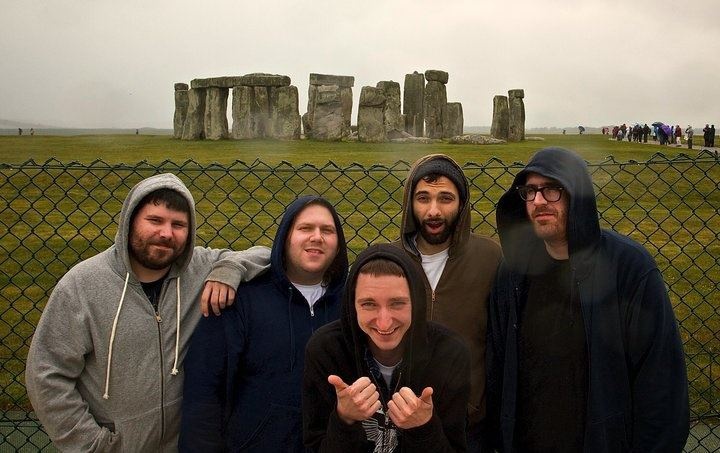 ‘Spooky Action’ is here to keep you going until that new album arrives, released by two of the coolest little labels in DIY punk rock, we get 2 new tracks and a rather forgettable ‘Butthole Surfers’ cover.
First up is ‘Spooky Action At A Distance’, a fine way to open any record, its a slower and more thought out song than its bedfellow. Its instantly an Iron Chic song though, from the way the guitars play off each other as the song builds, the way Lubranos vocals seem to creep in, the rhythm section keeping everything locked in, the pacing is just right. Its familiar  but its exciting. ‘Less Rest For The Restless’ comes out running, the melody seems more instant, the ‘woah-ohs’ are infectious. Its one for singing along too, whilst drenched in beer, surrounded by friends, the chorus will probably stay in your head until Christmas.

They close with the aforementioned cover song. I know nothing about the ‘Butthole Surfers’, and this track isn’t really making me want to check them out. I think the one problem with this cover is that they don’t sound like Iron Chic, which is what we came for.
Over a handful of releases, Iron Chic have found a sound all of their own, its a sound that can move, a sound that can unite, help reflect or look forward. If this is the shape of things to come from this band, the new album is going to be one hell of a treat!