REVIEW: Rotting Out – The Wrong Way

REVIEW: Rotting Out – The Wrong Way

Let’s get one thing straight about Rotting Outs new album ‘The Wrong Way’; they’re not here to f**k around. This is pure punch you in the face, break both shins skating, hardcore punk 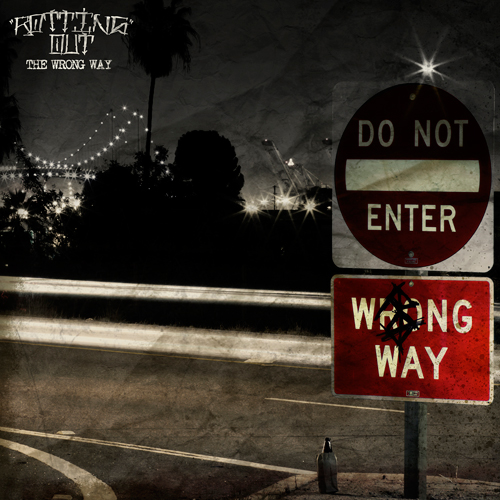 This is the second full length from the L.A. band following 2011’s ‘Street Prowl’ and ‘The Wrong Way’ is a straight up follow up with little changed in the bands style and aggression.

In the same way as early Your Demise, Cruel Hand and tons of other hardcore bands, you almost expect what’s coming with ‘The Wrong Way’, but that doesn’t make it a bad album.

This album is solidly put together with standout tracks ‘The Shoot Out’ and ‘Blade of Rust’ keeping your attention throughout the album. What does come apparent is the album needing to be seen live if Rotting Out makes it to the UK, in all its body slamming, stage diving glory. Listening to the album on the bus or doing the washing doesn’t give ‘The Wrong Way’ the justice it deserves.

At times the album can get repetitive itself and exhausting at times with its non-stop assault of anger. However if you are in one of those everything sucks, punch the wall moods, this is the perfect antidote. This is at its core pissed off music for a pissed off audience

If you’re a fan of hardcore punk, this album demands your attention. Whilst it would sound a lot better with a crowd bouncing off one another, ‘The Wrong Way’ could be your next favorite album.