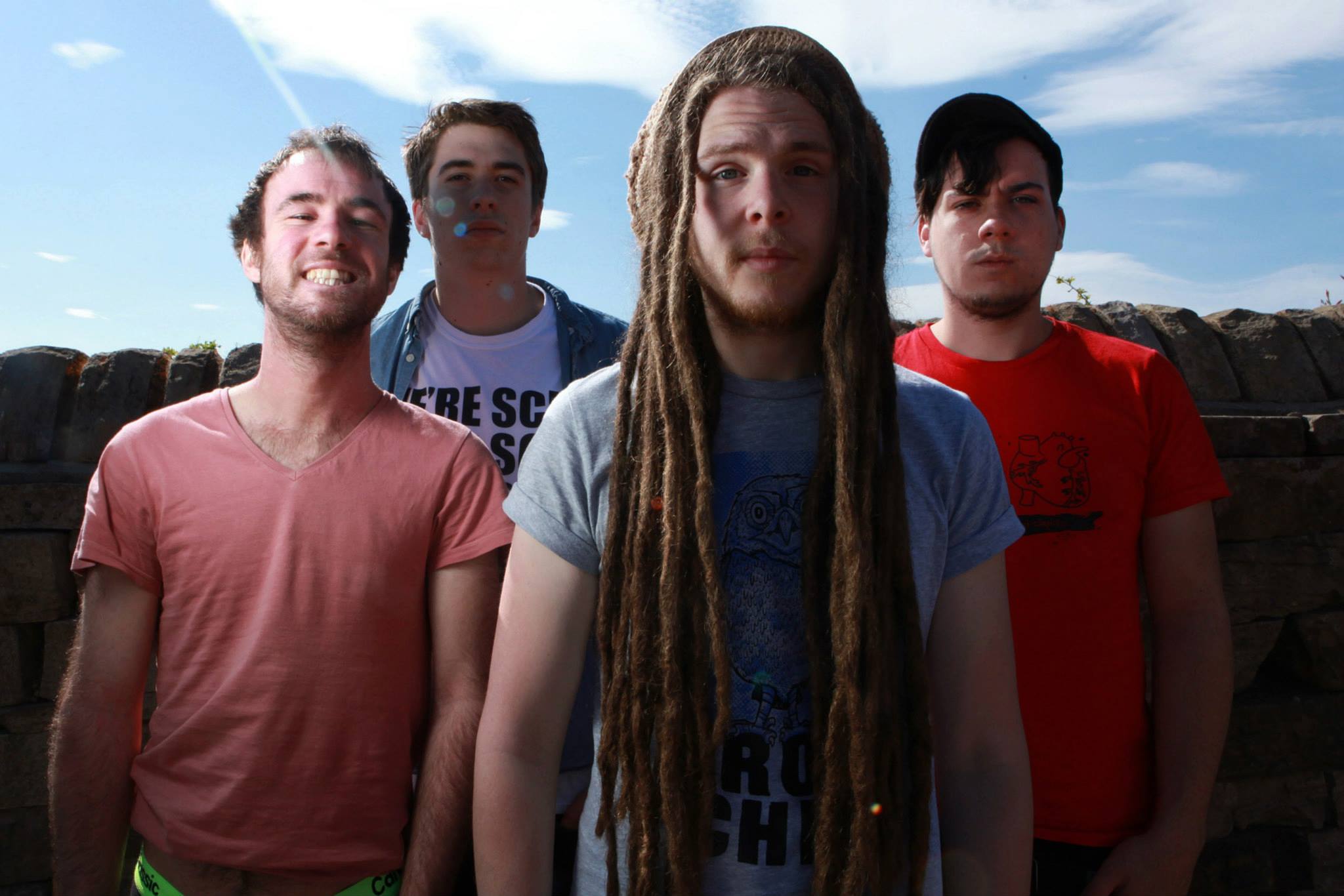 Adam Garrod took some time out to interview Leeds based folk-punks Jake & The Jellyfish. We had the pleasure of putting them on at Lincoln’s Kind Bar with the likes of Crazy arm and Tim Vantol last week.

You are about to go on tour for the 3rd time this year if I’m correct – how important do you think touring is for underground bands?

I can’t stress how important it is, not only for getting noticed, but for getting better as a band. Playing night after night can do so much to improving you as a band, getting used to how each other play, how your songs go down with certain crowds and knowing each song inside out. It doesn’t matter if you’re playing to no-one each night, if your tight as fuck, and are clearly enjoying yourself, good shows will come along by themselves.

Who is the craziest band member during touring and what is the best thing they have done whilst on the road? Probably Steve… to anybody who’s met Steve, that’s probably not a big surprise. We played in Bath with Random Hand last year, and after the show he got on top of the van, pulled down his trousers to reveal his mangina, without realizing there was a group of girls leaving a taxi behind him, who got a good view of arse and penis tip.

Your debut album ‘Credit Cards and Overdrafts’ was released earlier this year – what was it like recording an album rather than an EP?

Cool actually! Our original plan was to do another E.P, but our old drummer Chris (Now in Dear America) pushed for the album, so we did that! Was awesome because we got to update songs that were previously recorded before we were the band we are now, and so have changed quite a lot in that time. It also meant we could have more of an artwork package and to be honest, any excuse to get Mister Millerchip involved is always worth it.

Where can people buy your album and merch if they want to?

http://jakethejellyfish.limitedrun.com Huzzah! Or from any shows.

Where did the name ‘Jake and the Jellyfish’ come from?

It’s actually a really dull story. When I first started doing band stuff we didn’t have a name. My mates dad suggested Jake and the Jellyfish, and we had nothing better. – See! How boring is that!?

In a fight between a lion and a tiger, who would win and why?

You put on a lot of your gigs yourself under your company ‘Pot Luck Promotions’ – how do you find it?

I do it now and then, when a friend is touring and we can help them out in Leeds, or we want to do a headline show at home. There’s a bit more stress in promoting shows.

If you could only tour one country for the rest of your careers, which one would it be and why

Hmm, personally, probably the UK actually! We have so many friends here and there are so many places to play! But it’d be sad not to hit up Europe again. If you speak to the rest of the bands I reckon Austria would pop up. Think we were all fairly amazed at the amount of awesome people there are there!