Chances are, you have heard of letlive. (and I double checked it’s definitely written ‘letlive.’). Originally hailing from Los Angeles, they first came into the UK spotlight around 2010 off the back of their excellent second album, Fake History. Their live show, fabled for frontman Jason Butler’s intensely-insane onstage antics, won them even more fans as they toured around the world supporting the likes of Enter Shikari, Your Demise and Deftones. As testimony to this, Kerrang! then awarded Butler with the accolade of ‘Greatest Rock Star in the World’ in late 2011 – so it’s not unjustified to say that there was a lot of expectation on their latest release, The Blackest Beautiful. The band had inadvertently been set the challenge of creating a record that not only bettered Fake History, but also conveyed the erratic and hostile energy of their now-famed live show. 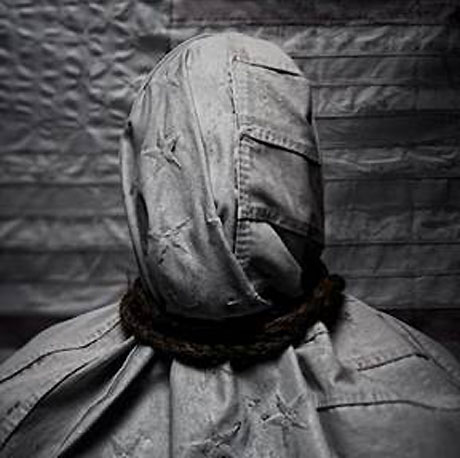 The album opens with lead single, ‘Banshee (Ghost Fame)’ and it is everything that makes letlive. who they are. It’s fast, heavy, catchy and consistently unfriendly. Butler’s admirable ability to go from all-out scream, to nu-metal rapping, to clean singing within the same breath, gives this track the variation and stylistic credibility that made Fake History what it was. ‘White America’s Beautiful Black Market’ (arguably the title track) and ‘That Fear Fever’ continue this comfortably familiar and signature letlive. style.

There is however, some departure from this familiar sound. ‘Dreamer’s Disease’ sees the band experimenting with a little auto-tuning, which before music-elitists beginning tearing their hair out over, works incredibly well and easily creates the catchiest chorus of the entire album. ‘Virgin Dirt’ and ‘Pheremone Cvlt’ have an altogether more melodic and ballad-like style reminiscent of Slipknot’s ‘Circle’, in that on paper, the songs shouldn’t work, but they end up being two of the most powerful tracks of the band’s discography.

In all honesty, I don’t think this album fully met expectations. The Blackest Beautiful is by no doubt a great album, and it perfectly reflects the angst and energy of their shows, but it doesn’t quite have the variation and longevity that had Fake History on repeat across the country.

For fans of: Trash Talk, La Dispute, and Enter Shikari.