REVIEW: Some Sort of Threat – Not The End Of The World

REVIEW: Some Sort of Threat – Not The End Of The World

As far as either of us can remember I played Some Sort of Threat’s first show. It was the second time Bangers played in Exeter and it was in the old practise rooms down by the train station. I didn’t know who Rory was at this point but I do have a vivid memory of a very thin, awkward 14 year old boy who may have been the only person not drinking beer from the can.

When he took the stage he picked up an acoustic guitar and played a few 20 second songs that were difficult to get into. He seemed nervous but determined, and he ploughed through his sub-15 minute set. 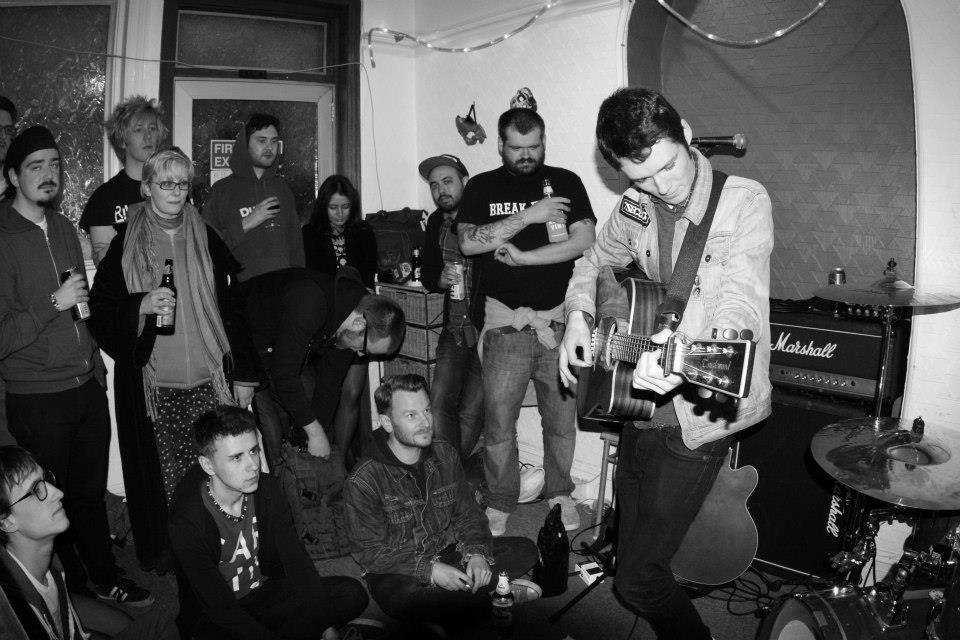 Five years later Specialist Subject have just pressed Some Sort of Threat’s first vinyl release, the sub-15 minute 7 inch titled Not The End Of The World and it’s quite possibly going to be the record of the year.

Rory has grown into a discerning music nerd who drools over Springsteen and Paul Simon, and both of these influences show in the guitar riffs (yes, acoustic riffs) and slightly musical-esque vocal delivery which he has adopted. The guitar playing particularly is very polished whilst being fast and fiddly, and the vocals are slightly breathy and almost over-emphasised. The upshot is a very unique and listenable sound.

Lyrically too, the record is impeccable. Thoughtful and well phrased as well as playful and engaging, as exemplified by The Only Living Boy in Newtown;

“Everything was new-fangled, star spangled, I got Manhattan manhandled, mad as a hatter and moving like bojangles. I was leaning on a broken banister, I was emptying out my canister, and believe it or not I was kind of missing Exeter. But coming home is always underwhelming, coming home always feels like a waste.”

Joining Rory and his guitar, Livi (Olive Anne) plays violin through most of the songs which again is brilliant and adds a further layer of intrigue to the 90 second songs.

In conclusion, I can’t praise this highly enough. A great 7 inch and well worth a listen whatever you’re into.

Listen to the whole record at http://somesortofthreat.bandcamp.com/ or click play below.

not the end of the worldreviewsome sort of threatspecialist subject