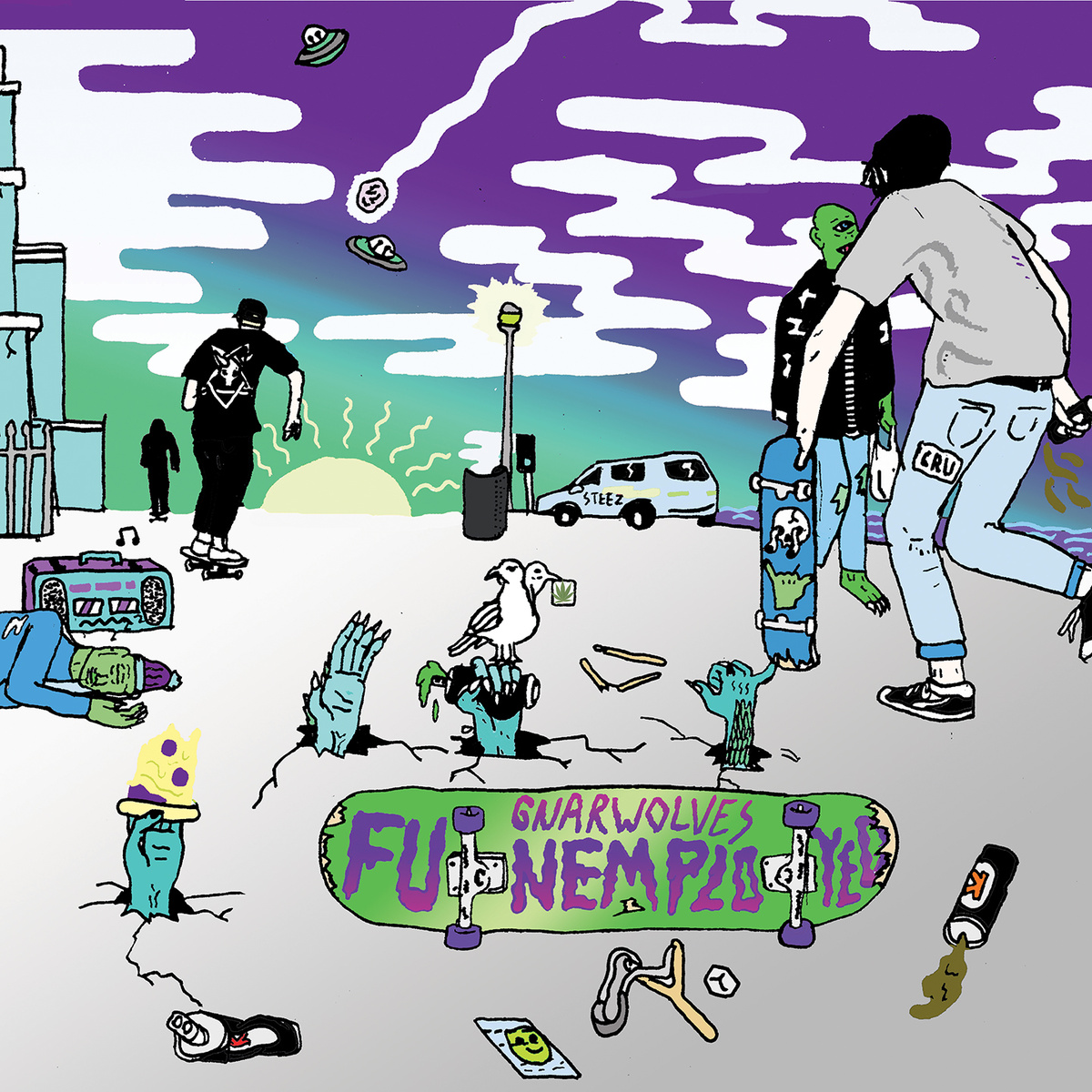 Gnarwolves are Thom, Charlie & Max. Music journo’s love to hype up bands but there isn’t much point doing that with these guys. The Cornish trio have whipped up a storm over the past year and a bit, all by themselves. I first caught them play on the first Bad Ideas tour when we supported them in Cambridge. They arrived in a little red ford fiesta (I think) covered in skate stickers and barley big enough to fit them all inside, wiggles complemented the drummer on a pretty intense ginger moustache and we were blown away by how tight they were. In the months that went by, I’ve heard the name Gnarwolves all over the place. They’ve toured with the likes of Lower than Atlantis, Broadway Calls and The Flatliners. Released a follow up record which sold out on vinyl and sold more merch than Ali Baba. They are a top band and hopefully we’ll line these guys up to play a Lincoln Crash Doubt show sometime in the future.

Anyways, to the matter in hand. Drummer Max Weeks took his turn at playing Boss DJ…

Hi Max, Lets start off with a song that reminds you of being on tour?

Now a song that reminds you of home?
A song from a new band you’re really into?
A song from a band that you wish were still together?
Burning Coalition – A Goddamn Sexual Tyranosarus [NB: dig this out!]
And finally, your favourite track to play live?

You can check out all of Gnarwolves music via their bandcamp page. Thanks Max.