Imprint #5: An interview with Alex Fitzpatrick of Holy Roar records

Imprint #5: An interview with Alex Fitzpatrick of Holy Roar records

Holy Roar Records have been at the forefront of UK heavy music for over 8 years now, making their name by releasing righteous jams by THROATS, BASTIONS, ROLO TOMASSI and MORE THAN LIFE.
Covering all aspects of UK hardcore, Holy Roar is a label of mighty stature. We spoke with head man Alex Fitzpatrick to find out how it keeps it all running smoothly. 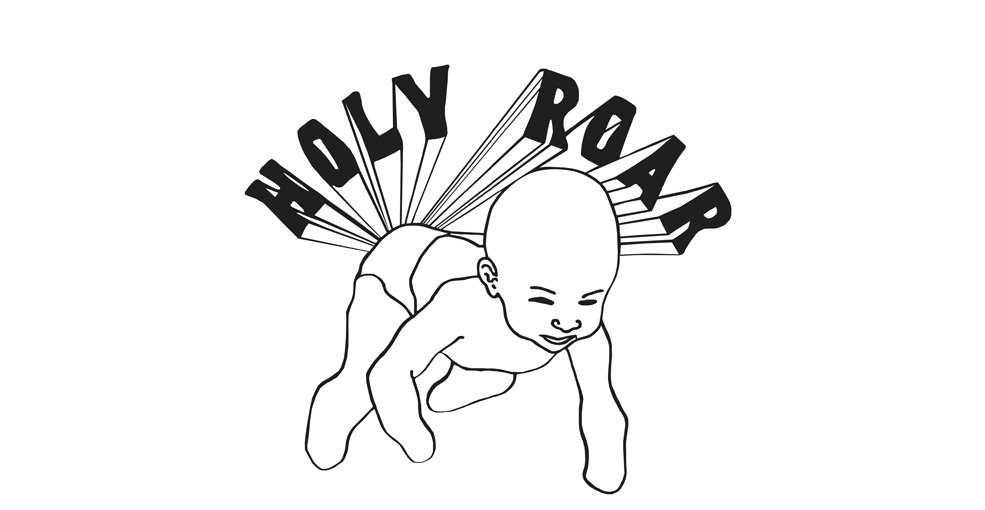 Before starting Holy Roar back in 2006, did you ever think it would be something you’d ever be involved with 8 years later?

No, not at all. To be honest – I have never really consciously thought about or tried to really plan the future. I’ve always enjoyed, relatively speaking, the spontaneity of the label and music in general and attempting to have the flexibility to do what I want with regards to releases and opportunities as they present themselves. I’m obviously very proud of what I have achieved though and truly didn’t expect that I would get to do much of what I have done with the label!
Have you been involved with any records that you were sure would be the ‘making’ of HR, but which never quite took off?
That’s an interestingly topsy-turvy take on a well-versed question! I think, almost conversely, there has been far more artists where (whilst we fully believed in them) have surprised us with how well they did – Throats, Rolo Tomassi, Holy State, Brontide, Desolated, Cutting Pink With Knives, Brutality Will Prevail, the list goes on….
I guess I did think more people would pick up on Youves and I felt sorry for them because they worked hard and had everything in place. But that was quite some time ago now.
In the 8 years you have been running a label, what are the biggest changes you have noticed?
The obvious answer would be digital music and, in particular, the rise of streaming. But I feel we are almost beyond that being any kind of talking point now – things change and it is pointless to resist that, you simply have to adapt and make technology work for you as best as you can. I think the real biggest change in those 8 years has been in the UK rock music press, especially the more mainstream end. I wrote relatively extensively about my feelings on that here.

Although the label is on the heavier side of music, it covers a wide span of heavy music. What do you look for in a band/release when agreeing to work with them?
I’m glad you pick up the variety. Of course musically I just have to feel like they have something special, something a tiny bit different from what has come before, even if they are seemingly slotting into a ‘scene’, as such. As for other factors – organisation and drive/work ethic play a huge, ever increasingly important role for me. There’s nothing worse than a great band who literally don’t have a clue about how to organise themselves or about how anything works. Then, also, aesthetic – there’s no point packaging music in bad art with bad merch.
If you were to close the doors at HR tomorrow, what would be the one thing you would take away form the experience?
Meeting so many great, like-minded, people that I hope to know for the rest of my life. The whole point of Holy Roar is to try and creatively connect with, and to, other people.
What inspires you to keep releasing records?
Very simply: great bands and great, driven, artists. I have always genuinely believed that if I wasn’t hearing anything I didn’t like – then we simply wouldn’t have a new release on the horizon. I don’t feel compelled to have a set quota of releases per year or whatever. With the number of people who create music however, for this to happen, I would imagine would go hand-in-hand with me falling out of love with music…….and that’s a truly terrifying thought that I hope never happens.
You recently released the new album from More Than Life, surely one of Europe’s best hardcore bands, how did you end up getting them on board, there must have been a few labels after that release?

To be completely frank and honest, that came about via Anthony Sykes who was in Last Witness. He is good friends with the band and he recommended us to them when they started recording it. I think initially they were going to self-release ‘What’s Left Of Me’ because they hadn’t had relationships with labels in the past that they felt worked for them. Through conversations with me and Sykes they came to release it with Holy Roar, which i’m hugely happy about and proud of. It was a long process, for various reasons, but it has been entirely worth it and I hope the band feel we have done them justice. I hope to continue working with them – I think they are an incredibly honest band (and I don’t just mean lyrically!) and I like them a lot as people.
You recently started ‘Blasphemous Whimper’ as a way to help raise funds for the label, tell us more about the idea behind that?
Again, to be entirely transparent, we have outsourced our mailorder fulfilment to our friends at Backstreet Merch due to not being able to cope in any timely manner with the amount of orders we were receiving. This has meant that I cant just throw up odds’n’sods onto our webstore any more for a variety of reasons. I was also getting many requests from people wishing to buy test pressings of some of our releases, and I wanted to figure out a fair way of doing this, without using ebay. So I set up Blasphemous Whimper (hopefully the name isn’t too hard to work out!) – it’s a way to keep using everything we have to help the label financially, whilst also giving people the opportunity to buy fun, interesting things we can offer, if they want to. It’s basically just supposed to be a fun little thing!
If you could choose to work with any band, who would you go for?
Thou. As far as i’m concerned they are as close to perfect as a heavy band can get right now – incredible music, consistently recording and documenting their work, a very strong visual aesthetic, an appreciation (as a band) of a variety of types of heavy music, they aren’t afraid to do whatever they want, their lyrics are awesome, they release often, they try to provide their music for free digitally (doesn’t work for everyone etc, still can be admirable when applied in correct context), they collaborate with – and cover – other artists, they document everything they do (see here – http://noladiy.org/thoupast.html – and scroll down to see what i mean).
What have you got planned for the future, and how do you see Holy Roar in 10 years?
We have the new Rough Hands 7″ ep just arrived, it’s really really good, and they are touring in September. Also upcoming is the Body Hound 12″ (ex-Rolo Tomassi), a new band I haven’t announced yet, Employed To Serve, Slabdragger and We Never Learned To Live recording albums that we hope to be involved with as well as all the relationships with our existing bands such as MINE, Bastions, More Than Life etc.
On a personal level I’ve been doing the label almost solidly for 8 years now in London. I love it, it defines a part of me for sure. But it’s been a huge undertaking. Now that Holy Roar is at a point where our mailorder is handled elsewhere I can, technically, run the label from a laptop wherever I chose. So i’m looking to take advantage of that at some point soon.
As for in 10 years time – I have no idea. I admire Sub Pop greatly in this respect….they are still cool, have evolved loads whilst respectful and aware of their heritage, I hope we can do the same sort of thing.
brontideholy roar recordsimprintmore than life