Kent based alt-metal band OHHMS have revealed that they are to release their debut album through Holy Roar Records on October 6th. The release will consist of two songs clocking in at a combined 32 minutes, and claims to draw influence from elements of doom, post-metal, post-rock and progressive rock. The album will be available on 180g 12″ vinyl, gatefold CD and digitally via the Holy Roar store. The LP comes with great promise behind it, since OHHMS are the only band apart from Throats to get signed to Holy Roar off the back of sending the label music alone.

You can see the album artwork (designed by Black Sails) below, as well as the tracklisting, and the bands current tour dates. 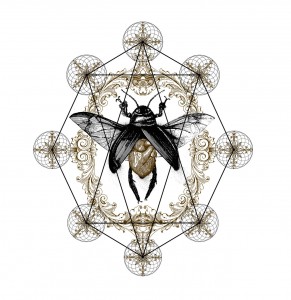 2 – Rise Of The Herbivore

Aug 23rd – Folkestone – The Bar Below