NEWS: Neck Deep to work with Jeremy of ADTR on their second full-length album

NEWS: Neck Deep to work with Jeremy of ADTR on their second full-length album

Neck Deep took everyone by storm with their debut ‘Wishful Thinking’. However, singer Ben Barlow says they are looking to take things up a gear with their follow up album and with a production team including Jeremy McKinnon of A Day To Remember, we don’t doubt them for a moment! 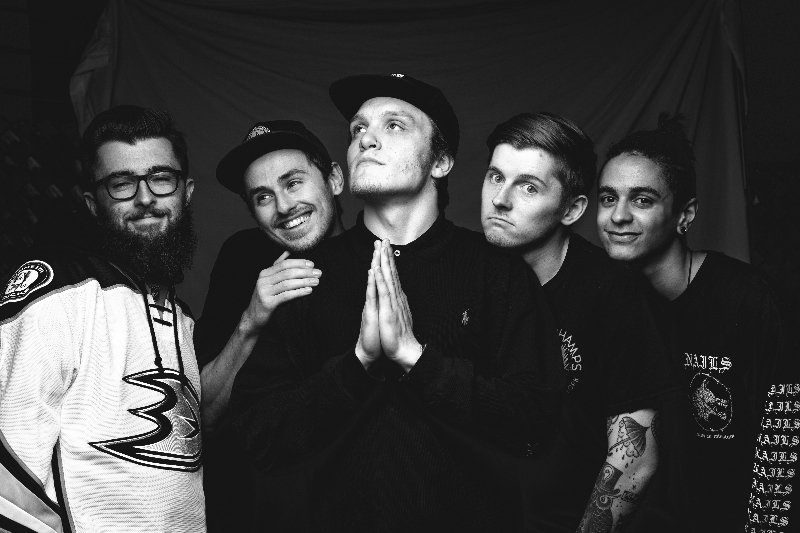 Wrexham pop-punk superstars, Neck Deep, will begin the recording of their second album this weekend with the production team of Jeremy McKinnon (A Day To Remember), Tom Denney and Andrew Wade at the helm.

Speaking of the band’s decision for the follow up to ‘Wishful Thinking’, singer Ben Barlow says, “When we started looking into recording album two we knew we wanted it to be bigger and better than Wishful Thinking. We wanted to step things up in a big way. Not only will we be stepping out of our comfort zone and finally recording outside of Seb’s (Barlow’s brother) bedroom, but we’ll be working with someone we’ve always looked up to. When we initially spoke to Jeremy about producing the album his enthusiasm was what caught us; not only is he someone who knows what they’re doing, and has achieved everything we could hope for, but he’s just as stoked on the album as we are, and that’s a huge thing.”

Barlow’s sentiments are echoed by the A Day To Remember frontman. “I was working with Andrew (Wade) on the new The Ghost Inside album (‘Dear Youth’) when Tom Denney stopped by for a bit. He and Andrew were talking about having a meeting with Neck Deep about doing their next album. I overheard them, and pretty much forced them to let me be a part of the meeting haha. We met with Fil (Thorpe-Evans, bass) and we all hit it off. A few weeks later we heard back that the band had picked us! I think they’re one of the best new upcoming pop punk bands in the world, and I’m pumped to make some music with them. They have their own sound, and it seems like they’re right on that edge of being a really big band. All it’s gonna take is a slam dunk record. I think they’ve got it in them.”

The band’s upcoming ‘Intercontinental Championships Tour’, with Knuckle Puck, Seaway and Trophy Eyes in support kicks off at the end of January and is remarkably the band’s first full UK headline tour since January 2014. 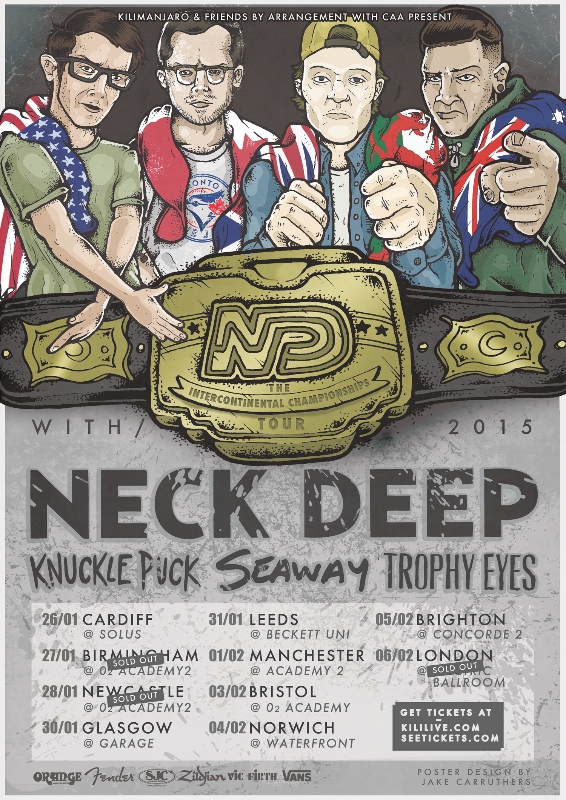