Berkshire based four-piece alt-rock crew, Hindsights, are set to release their forthcoming debut record ‘Cold Walls/Cloudy Eyes’ on February 23rd 2015, via Beach Community, whose output has included releases from Bangers, The Story So Far and Gnarwolves, among others. You can have a look at the album artwork at the bottom of the page. The first song to be released from the four-piece’s first full-length effort is the (half) titular track ‘Cold Walls’, for which you can watch a newly released video for right down below.

If you’re liking the sounds of that single, and want to check the alt-rockers in the flesh, they have just been announced as main support to Milk Teeth for their ‘Sad Sack’ release tour. These dates can be seen just down here below. 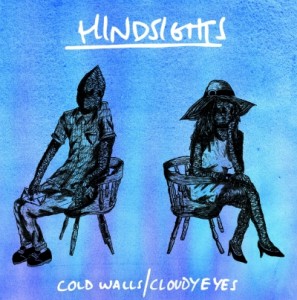