Tom George, aka. The Lion And The Wolf as he is known, is starting 2015 like he means to go on. Beginning with 9 shows in Germany, Tom has just announced a bunch of UK dates for us to enjoy. 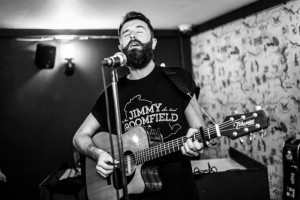 Fresh off the back of his new critically acclaimed album, “Symptoms”, The Lion and The Wolf begins the German leg of his tour tonight in Unna, Germany @ Spatz & Wal, before returning to the UK for a mammoth 3 weeks playing pretty much the entirety of the UK. If you manage to catch a date, give him a pat on the back from team Crash Doubt!

If you’re unfamiliar with TLATW then you can check out this live performance of a  track from his new record below, which we highly recommend.