Tellison are back in action with new single ‘Tact Is Dead’

Tellison are back in action with new single ‘Tact Is Dead’ 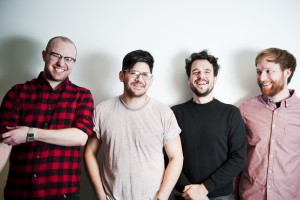 The mighty Tellison have returned from an extended leave of absence with a triple whammy of good shit! News has recently surfaced of a a new video, UK tour dates and reports that they have signed to UKIP’s least favourite record label – Alcopop! Awesome!

Following up from 2011’s fantastic ‘The Wages of Fear’ Tellison are set to release their third album via Leeds label Alcopop! records. The first single ‘Tact is Dead’ premièred on Huw Stephens BBC programme last night and you can check out in the new video below.

You can also catch Tellison live in action at the following shows. You can pick up tickets and find out more info here.