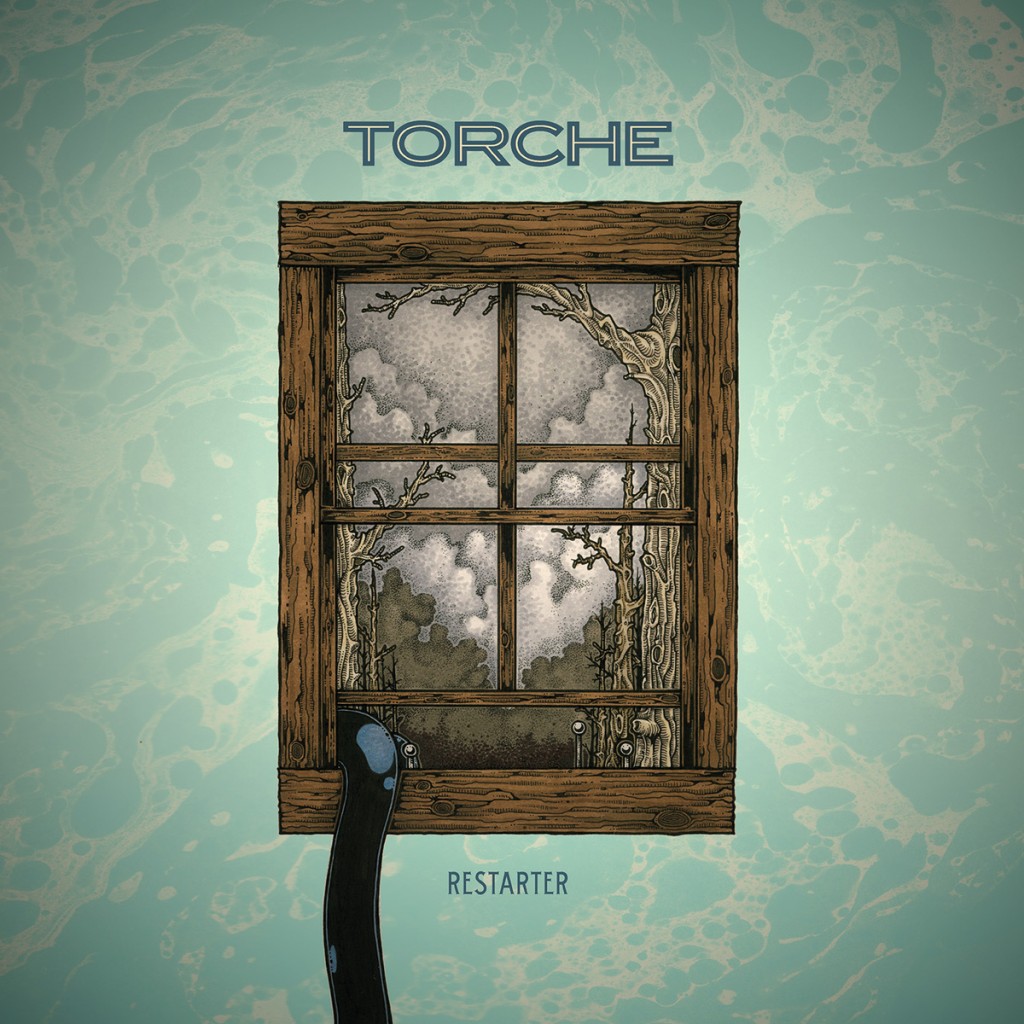 I confess that I originally volunteered to review Torche’s new album Restarter simply because I wanted to hear the thing. It didn’t occur to me at first that I had entered into an agreement to produce some coherent opinions and critical judgements about a band that I consider to be more or less a total mystery.

Since 2004, Torche have been releasing hard rock albums which consistently sound like nothing else that I’ve ever heard. Aside from their legendary ‘bomb string’ (a slack, thick guitar string which has often sounded more like a drum), they exhibit a commitment to producing records that sound absolutely unique whilst being incredibly palatable to a huge range of music lovers. Words like ‘powerful’ and ‘melodious’ crop up again and again to describe their sound, but although they are accurate, seem somehow completely inadequate to capture the sheer force behind the music.

If I had to sum it up sonically, I’d say that Restarter charts what comes next. It begins with an apocalypse, follows with an exuberant ceremony of celebration, and proceeds to face the oncoming tribulations of life beyond the end of the world. There is something fundamentally pagan about the soaring voice of Steve Brooks, and his plaintive chants echo backwards from the scorched, blackened wasteland of a world. He calls back the old gods and offers them an allegiance with the last remnants of humanity, and together they set out to explore a planet riddled with cracks and crevasses, mountains and deserts, and (judging from the lead guitar at the end of ‘Minions’) more than one evening camping out on the bare rock where one man leans over to another, puts his arm around his shoulders and says in a growling baritone “Dude, that sunset looks fucking magical”.

By the time the second apocalypse hits (you can feel it at about 1:45 in track 9) the population can resist no longer, and are wiped out by the “stone crushing barrier hammer”. The world has ended twice in the past 40 minutes and Torche reward our perseverance and our pain by playing us out into crescendo and beyond with album namesake Restarter.

Maybe I’ve got it all wrong, but Torche seem to be having a great time and are happy to take us along for the ride. The album is immaculate and heavy and accessible and fun and very much worth your time and pennies. The band will also be touring Europe from May 2nd and I can only imagine what those shows will be like.