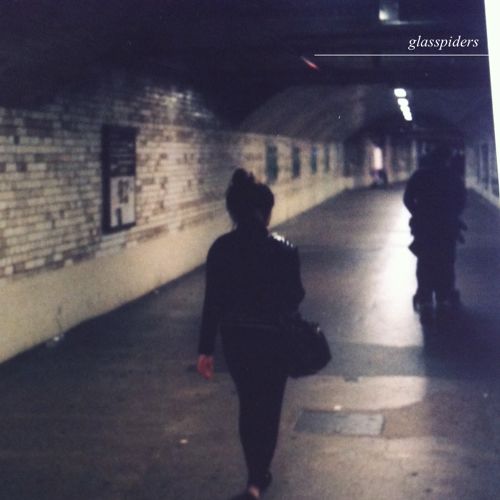 About a year ago I stumbled across a pink thumbnail on YouTube. The song title was ‘Pink Lemonade’ it was fast, exciting and melodic, I needed more. After probing Alex Sears (frontman of Decade) regarding the song he told me he was working on a new solo EP for his side project Glass Spiders. After much anticipation and a couple of email exchanges I had a copy of the EP in my inbox. I was ecstatic and knew that this EP was going to deliver some tasty riffs and melodies. Alex is known to be very organic with his music and this EP is no different, every nuance is there to be heard.

Two jazzy chords kick of the EP with Dracula. A single melancholy guitar playing in a loop before being joined by a second harmonizing guitar and some buildup drums, this quickly evaporates and instead is replaced with an explosive and emotional introduction to the EP. A mood is set with Dracula bringing an early 90’s grunge vibe to the record from the get go. Underneath The Glass asks us a question, “Have you had enough?” This record oozes all kinds of sadness and feels like an opportunity for the frontman of Decade to be more open. I’m always interested in music that poses a juxtaposition with sad lyrics/happy melodies and this is no exception. Love is the slower track on the EP and likes to switch between vocals and the guitar. This is a break in the album and feels like the honest song, it’s sad in both its lyrical content and its melodic/instrumental content. Could this be a song about life not being as he expected? I think this is the kind of content that a lot of people can relate to but more importantly musicians who understand the trials and tribulations that come with being in an up and coming band.

Pink Lemonade is second to last and builds up speed from the previous song. This was the original song I heard and is still as fresh as it was the first time I heard it. This song has some more 90’s surf grunge vibes to it and reminded me a lot of Weezer which I know is one of Alex’s influences. This doesn’t take away from the song though and it still manages to remain original and fun to listen to. The record ends on Basement Hymns a straight up rock song that has awesome vocal harmonies throughout, it instantly thrusts the listener into fast paced guitars and drums backed with long vocal “woah ohs” in the background. A slow bridge helps to connect the song together ending the EP on a massive high note.

This record is raw and emotional and has given Alex a nice platform from which to express himself differently to how he might with Decade. It’s managed to stay original whilst still taking influences from some great bands. The most outstanding thing about this record is that it was recorded in Alex bedroom studio with nothing more than himself, a mic and a guitar and has still managed to make something that sounds better than a lot of heavily produced bands. As always we hate to give actual ratings to music because it’s subjective but if you like the sound of this review then you’ll probably do yourself the favour of checking it out. Can’t give this record enough credit. Don’t change a thing Alex!