There’s a new gang in town and they go under the guise of HELL’S DITCH. 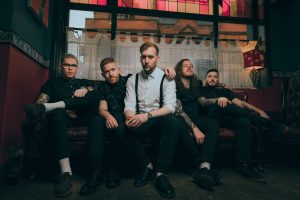 Split between the cities of Wolverhampton, Liverpool, Brighton and Lincoln, Hell’s Ditch met whilst plying their trade in bands such as Bad Ideas, River Jumpers, Dearist, Knock Out Kaine and Wisecrack. After some of these bands petered out, members joined forces to start a new project which has been almost two years in the making and promises to be something special.

Releasing their debut single last week ‘Vacant Hearts’, the band are hitting the road hard in 2020 with shows and festivals lined up throughout the year with the likes of The Flatliners, Off With Their Heads, Down and Outs and Lovebreakers. Stream it below.